Sunday morning worship at 10.00am
Sunday evening service (check diary)
Have a look at our service page...

Discipleship groups are for people who've got questions and who through Bible Study and prayer, want to grow as Christ's disciples.

We have something for everyone interested in fellowshipping together in a Christian community.

Get Directions to Our Church 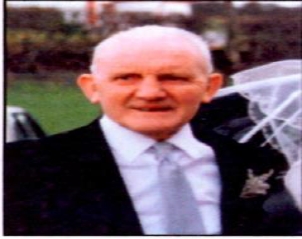 The eldest of seven children, Hugh Murray was born at 'The Collins', Aghadowey, Coleraine on 9 December 1917. His siblings were Gladys, Sadie, Maureen, Mac, Yvonne and Tommy and the whole family moved from Aghadowey to Castledawson in 1928. Here Hugh's father, James, worked for Captain Chichester-Clarke the owner of Moyola Park estate and Member of Parliament. While in Castledawson Hugh learned to play the bagpipes, an ability unbeknown to his children until shortly before his death, as he never exhibited any musical talent!

In 1933, the family moved to Magheramorne, residing in the Lowtown, a cluster of dwellings at the bottom of what is now the Ballylesson Road. The owner of Magheramorne House, Major Robinson, employed Hugh and his father to look after his herd of pedigree shorthorn cattle. A bull from this herd, 'Master Key', was champion at the Balmoral and Dublin shows each year from 1936 to 1941.

The family moved to 44 Quinton Avenue and by this time Hugh was working for another local farmer, Graham Gault, an association which lasted for 35 years and an experience which Hugh described as "great times with plenty of work."

When not working, Hugh would have attended local dances and at one of these, in Ballysnod Old School, he met Mamie Wharry a girl from Rory's Glen, Kilwaughter. After 4 years of courtship, with Mamie often being transported on the bar of Hugh's bicycle, they wed in 1st Larne Presbyterian Church on 18 June 1943.

Hugh and Mamie raised 7 children at the family home, 34 Quinton Avenue and enjoyed 63 years of marriage before Mamie sadly died on 16 March 2006.

Throughout his life Hugh enjoyed many and varied activities, holding senior positions in the Masonic and Orange Orders and the Royal Black Preceptory.

He was also a keen footballer playing for the local cement works team before moving to Larne Football Club, where he enjoyed a few outings for the 1st team but mostly played for the Olympic. The second world war interrupted Hugh's playing career and he didn't play competitively between 1939 and 1950 but he continued playing until aged 46, finishing with his local team Magheramorne. Hugh's comment on his footballing prowess was, "I maybe wasn't a good footballer but I made it difficult for those who thought they were!"

Throughout his life Hugh had a strong faith, regularly attending services at this church and served on the church committee for a number of years. Failing eyesight restricted Hugh from doing those things that he enjoyed such as reading, driving, crosswords and attending football matches and church but he listened regularly to the Sunday morning services on Radio Ulster, football commentaries and his many gospel music cds.

Hugh Murray died on 1 November 2014, a man much missed by his family and many friends - he enjoyed a long life well lived.